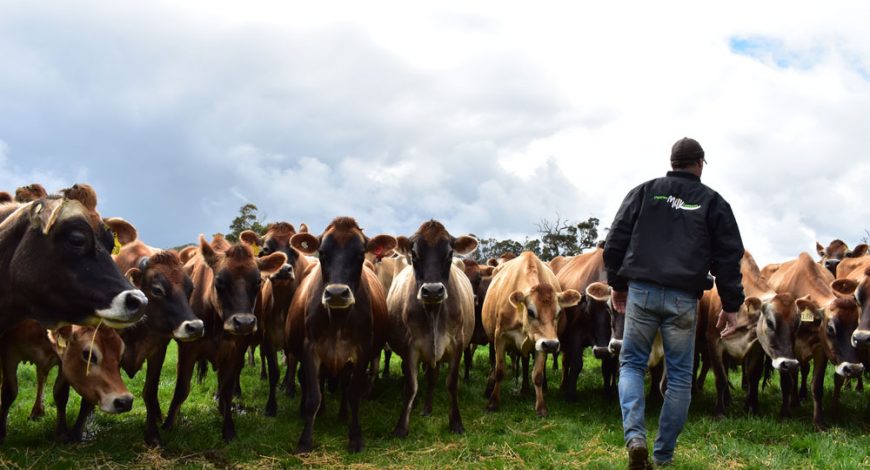 Myponga “One of the Best” for Dairy Farming

When it comes to Australia’s best dairy farming regions, Fleurieu Milk co-director Geoff Hutchinson admits he’s biased. “There are pockets throughout the country, but I think the Fleurieu is generally one of the best,” he says. 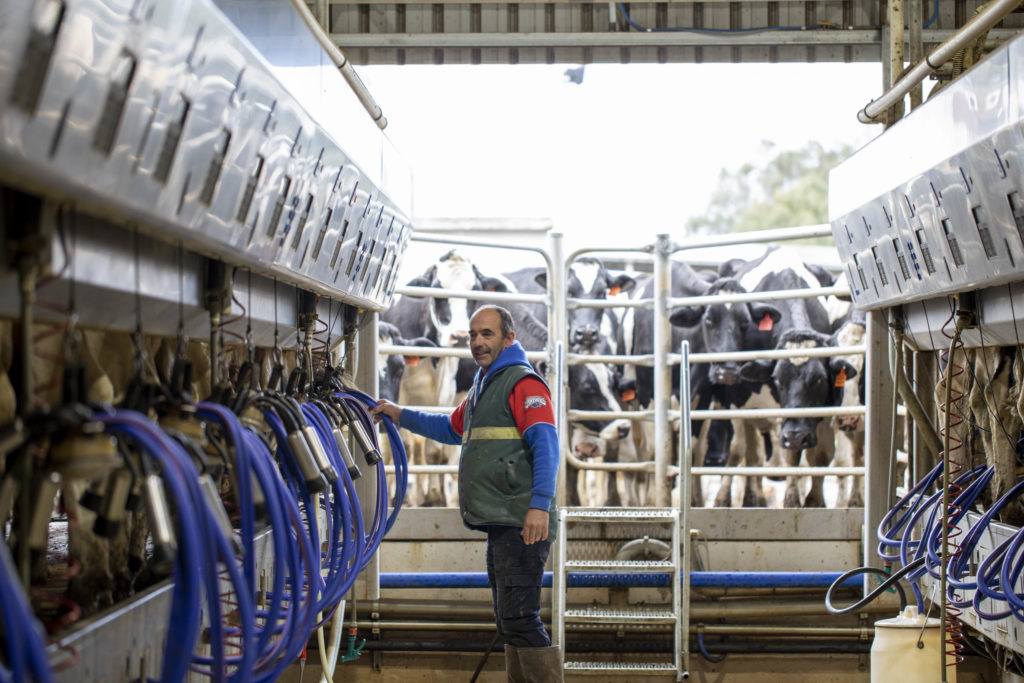 When it comes to any kind of agriculture, weather conditions play an important role. In Myponga, this relatively steady climate lends itself to ideal dairy farming conditions.

“You generally get a good rainfall in a good length of the season. I always work on the theory that if Myponga is doing it tough, the rest of the country is probably doing it tougher,” says Geoff. “It’s a good dairying area because of the rain and the soil types,” agrees fellow Fleurieu Milk co-director Barry Clarke. “You can certainly grow good grass to produce a high quality, raw milk product.” And when it comes to cows, good rain means good grass, which in turn means good feed.

As Misty Brae owner and dairy farmer Gino Pacitti adds, “there’s not a huge variation in temperature on a daily basis” leading to pleasant cattle conditions. “The more comfortable an animal feels, the healthier they’re going to be and the higher the quality of their milk composition is going to be,” he says. “A happy cow will create more milk,” agrees Geoff. “If your cows are happy and content, everything flows on. You look after your cows and they tend to look after you.” 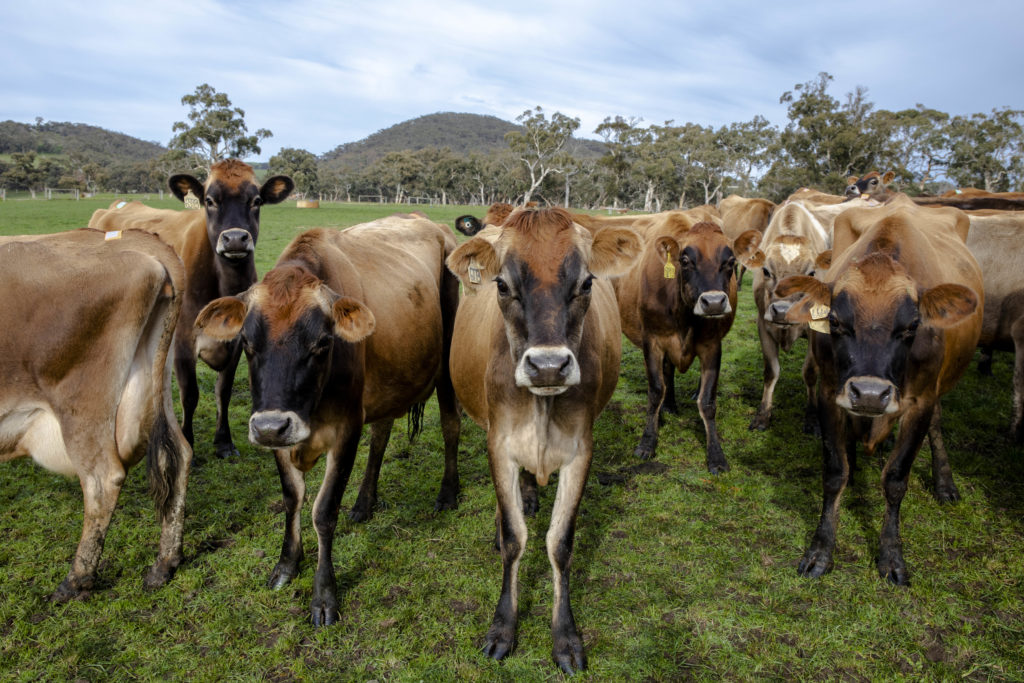 And with a picturesque scene of rolling hills and lush green flats, it’s no wonder the cows in Myponga’s relatively rural location are happy ones.

“We’re not overcome by smog or pollution or anything, it’s pretty happy living out here,” says Geoff. “Environmentally, it’s just a matter of trying to keep cows out of mud more than anything through the middle of winter. “Other than that, it’s pretty much plain sailing down here.”

This simple statement underpins one of the key benefits of dairying in Myponga: cow to consumer, farm fresh milk. The region boasts benefits usually associated with areas off the beaten path – clean air, a tight knit community and minimal noise pollution – just a 45-minute drive from Adelaide’s CBD.

Ultimately, this means Fleurieu Milk is able to transport its product from farm to facility and later to cafes and stores more quickly, meaning a fresher product for the consumer. “From my point of view, that’s what helps to make it good quality because it’s so quick,” says Barry.

Not to mention, Fleurieu Milk transports its raw milk no further than 10 kilometres from dairy to factory. “It’s so quick to get it to the factory and get it in bottles and get it on the shelf. It can be in the cow at 5 o’clock one morning and by 7’oclock the next morning it can be delivered into store,” explains Barry. “There’s not too many people who handle everything as far as from the farming to the processing to the delivery side of things – there’s a level of uniqueness,” adds Geoff.

In the early stages of milk processing, this means better regulation of the raw milk’s temperature and reduced risk of its bacteria increasing. As Gino explains, “the warmer the milk is, the more the bacteria proliferate”. Ergo, as Geoff points out, “the milk is getting hotter as it’s freighted around the country, then your quality will drop off fairly quickly. Whereas short runs like we do, it’s holding its temperature from the dairy to the bottle”.

“In other places, you have to pasteurise the milk at a higher temperature than what we do because it’s taken longer to get that fresh milk from the cow to the pasteurisation plant,” adds Barry.

At the end of the day, it’s one of the contributing factors to Fleurieu Milk’s renowned flavor, as according to Barry, “the lower [the temperature] you can process the milk at, the more the milk tastes like it comes from a cow”.

Perhaps most enticing to the consumer, these short transit times mean better bang for their buck as the milk spends less time in the hands of the producer and more time in their fridge. “The quicker that product is processed and the quicker it gets onto the shelf and the longer the freshness and nutrient value stays in its natural form,” says Gino.

“If you’re in a position to get milk to the consumer as quick as possible, the consumer’s got more time in which to use that product before its shelf life expires”.