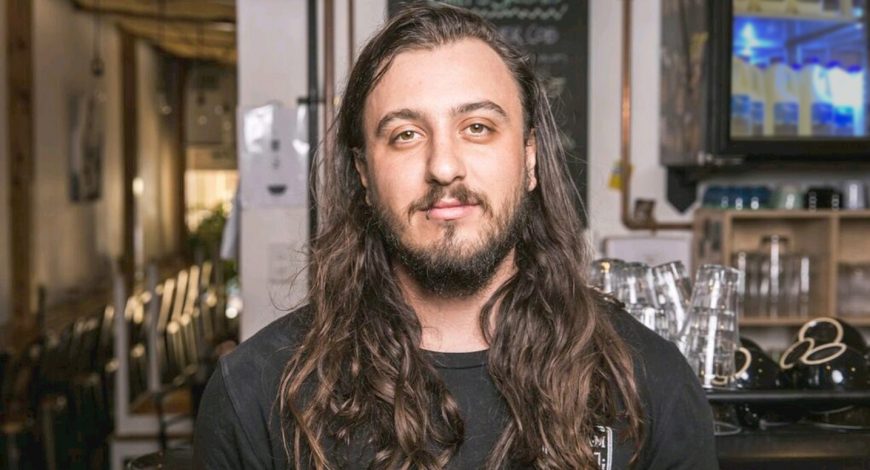 Introducing the man behind the brew: Josh Rivers

Josh Rivers opened the doors to his debut digs-turned-institution, CREAM in 2015. He counts becoming the regional latte art champion, being among Australia’s top six baristas, and expanding the café’s footprint as career highlights of the four years that have followed.

The latter, he admits, has done little for wait times, with “more people coming down now than ever”. It’s unsurprising given the café has been credited from turning the south-west’s coffee black spot into a hospitality mecca.

In hindsight, River’s success is unsurprising. “I’d always known I wanted to open a business and with that comes so much doubt and negativity from other people who put their own fears onto you,” he explains.

“My attitude was ‘well watch me’”.

Unflinching in the face of scepticism, four years of hundred-hour weeks and innate determination see Rivers’ lifelong dream of owning a business realised. His evident drive is borne out of an innate desire to achieve a better future for his family.

“My family was poor growing up and when you’re a kid you don’t realise what you miss out on, but as I got older I wanted my kids to have better opportunities,” he says.

This diligence has allowed him to support his parents, gifting half of CREAM to his dad after buying out the original business partner. With Rivers front-of-house and his old man on the books, the pair are an unstoppable duo.

“I would never say the success of CREAM is my own – number one is my staff, I had people on the payroll for three or four years since day one. “And you can’t ignore the customers either, I have regulars who come in every day.”

Given his impressive barista acumen and entre 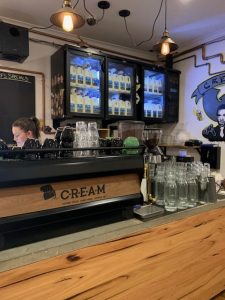 preneurial ambition, it may be surprising to learn Josh’s career in coffee was an unexpected one.Getting his start behind bars and working up through the ranks, he was vehemently team bartender when he took the role of Pure’s General Manager. But when a scooter accident in Brighton’s back streets left him with torn knee ligaments and eight weeks of light duties, Josh quickly cut his teeth behind the coffee machine.

“I’d been a bartender for so long that there was no one I could learn from,” says Josh. “I wasn’t bored but I was treading water and then I got on the coffee machine – which I hated for the first couple of days – and I realised it was something new for me to learn.”

Not many people would call a 50-hour work week a “luxury”, but for Josh it was an opportunity to hone his newfound passion for specialty coffee and latte art.

“The whole culture of latte art smack-downs and being able to win money became available to me and I just started cleaning up,” he says. “Within about six months I was beating people in latte art challenges who had been doing it for three or four years.”

So, what does the award-winning barista consider a quality brew? To start, he says, “I need specialty coffee – so the top three per cent of the world’s harvest is all we use.”This tenet for quality extends from grinder to jug, with homogenised Fleurieu Milk ensuring a consistently smooth coffee with every pour. 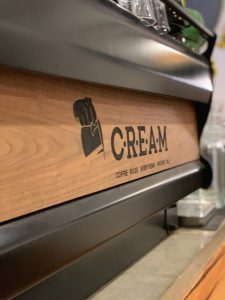 “It’s all about high-grade quality milk with a really good fat content,” he explains. “We use the homogenised version because that means the fat is evenly distributed throughout the milk and every single cup is consistent.”

His emphasis on consistency is coupled with Rivers’ penchant for supporting local.“A lot of other cafes’ milk spend is going into other countries’ pockets rather than getting it local, keeping it at home and building up our state,” he explains.

But CREAM’s reality couldn’t be further from the truth, with Rivers counting his milk sales rep as “part of the furniture”.

“It’s good to have the backing of a local company and it’s also good to support a good South Australian company,” he says.