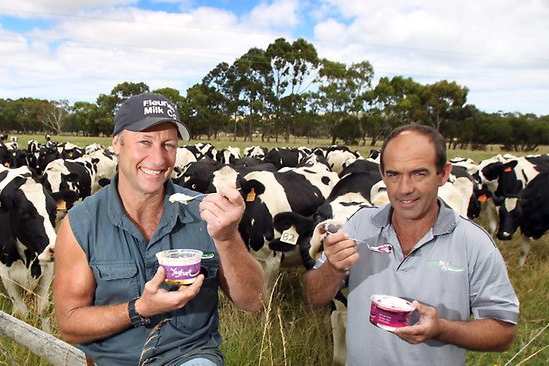 Cast your mind back 15 years to 2006. Mike Rann is South Australia’s Premier; Rob Kerin and then Iain Evans lead the Opposition. Miners Brant Webb and Todd Russell are miraculously rescued from a collapsed mine in Beaconsfield, Tasmania. For nine weeks on top of the music charts, Sandi Thom wishes she was a punk rocker with flowers in her hair. It’s the year we lose Peter Brock, Steve Irwin and Belinda Emmett.
Delta Blues wins the Melbourne Cup. In an AFL grand final rematch of the year before, the West Coast Eagles beat the Sydney Swans by just one point. 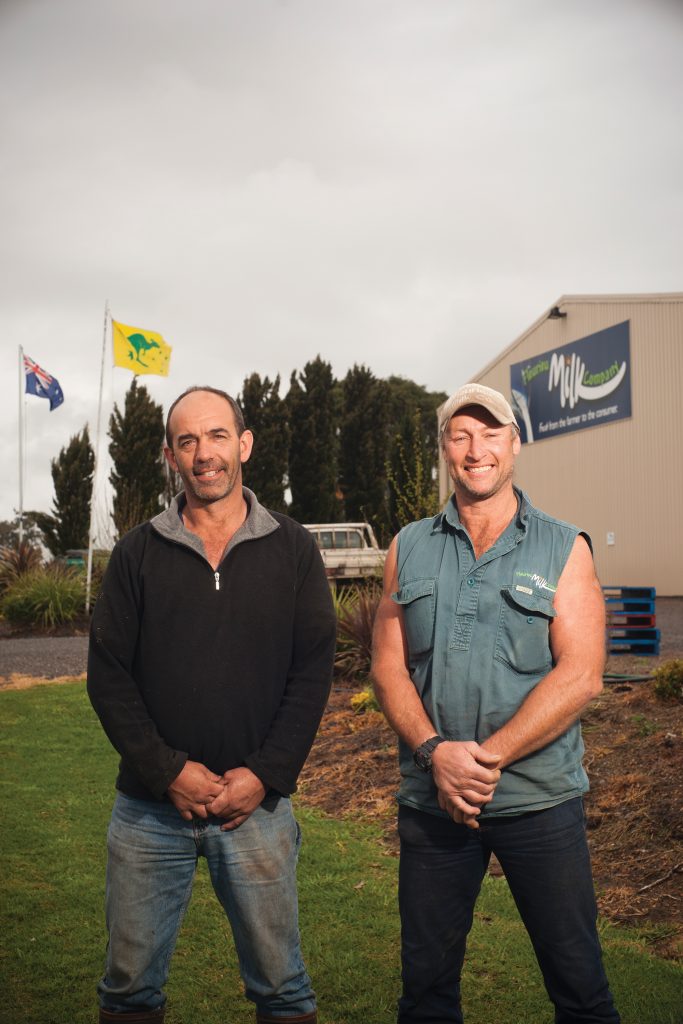 Meanwhile, in Myponga, on South Australia’s stunning Fleurieu Peninsula, a group of farmers make history bringing their own brand of milk to market.

Fleurieu Milk Company was founded by three local farming families: Geoff and Louise Hutchinson, Barry (Bazz) and Merridie Clarke, and Chris and Karen Royans. Each family had witnessed the decline in the dairy industry, as many of their neighbours being forced to wind up operations because of the decline in farmgate milk prices. They wanted to give themselves and their families a shot at a successful future in dairying and also offer something different – milk like it used to taste.

So the story goes, the idea of starting out on their own was first mentioned when the Hutchinsons were hosting the Clarkes at their Wallaroo holiday house.

“I can still visualise us sitting on the balcony,” Merridie remembers.
“Bazz casually says: ‘Someone should just go out on their own and bottle their own milk – they’d be in their own control and not have to be dictated to by the big milk companies’,” she says.
“It was pretty much said as a bit of a joke, and Bazz never gave it another thought.

“Two days after our getaway, Geoffrey rings Bazz and boldly says, ‘I’ve been thinking – let’s do it!
“Bazz says, ‘Do what?’”
“Geoffrey says, ‘I want to approach Chris Royans and then I think we should go ahead with your idea’.”

“Neither Bazz nor Geoffrey are ‘business managing’-type people, and for that reason I was quite terrified,” Merridie explains. But the longtime friends agreed it was now or never.

“We owed too much money and weren’t getting paid enough to pay the bank,” Bazz says.
“The argument from me and Geoff was we might as well go arse-up quickly than do it slowly – let’s have a crack.” 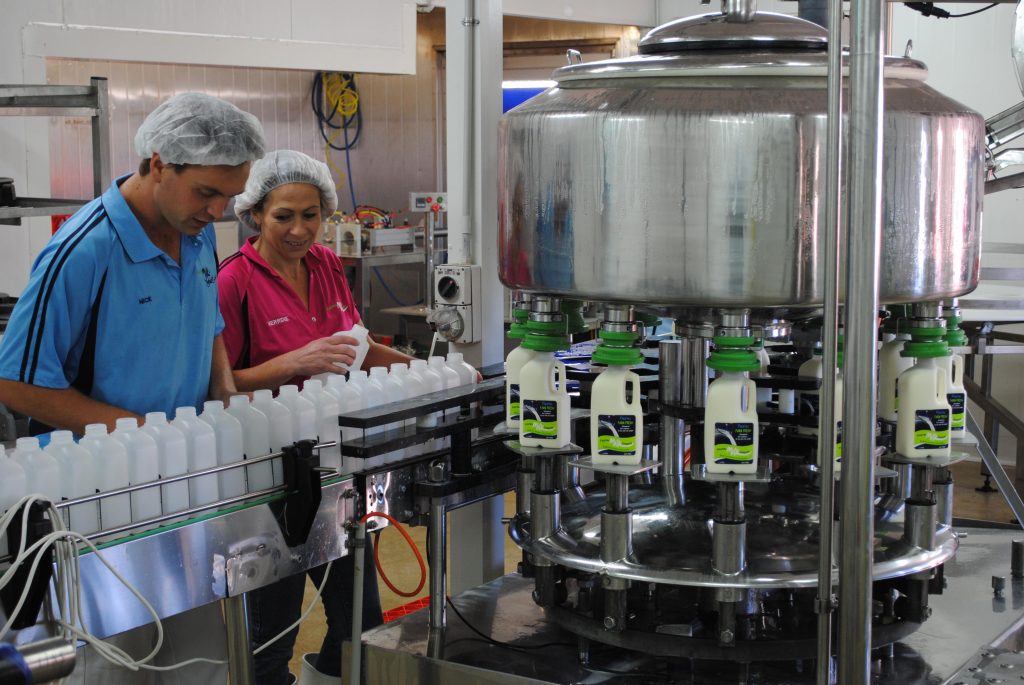 It took 18 months for the company to become accredited. Following this, the Hutchinsons and Clarkes took a hands-on role in every aspect of production to get the milk out the door. There were many long hours and overnighters spent running the plant, and capping and labelling bottles by hand.

“It was a very labour intensive process for what was then very little milk,” Merridie explains.

The owners didn’t pay themselves in the first year, but were able to bring on the first paid employee after 12 months. When the team grew to four or five, the factory workload finally started to ease a little and Geoffrey and Bazz could concentrate more on their farms.

“In those early days I never imagined the enormity of what it is today,” says Merridie.
“Back at the start, I was hoping that our then-marketing person might be able to get 30 shops on board, and I also visualised myself sitting at a trestle table at our Myponga Markets with an esky saying, ‘oh please buy our milk!’”

Now, there are now more than 1300 outlets selling or using Fleurieu Milk. 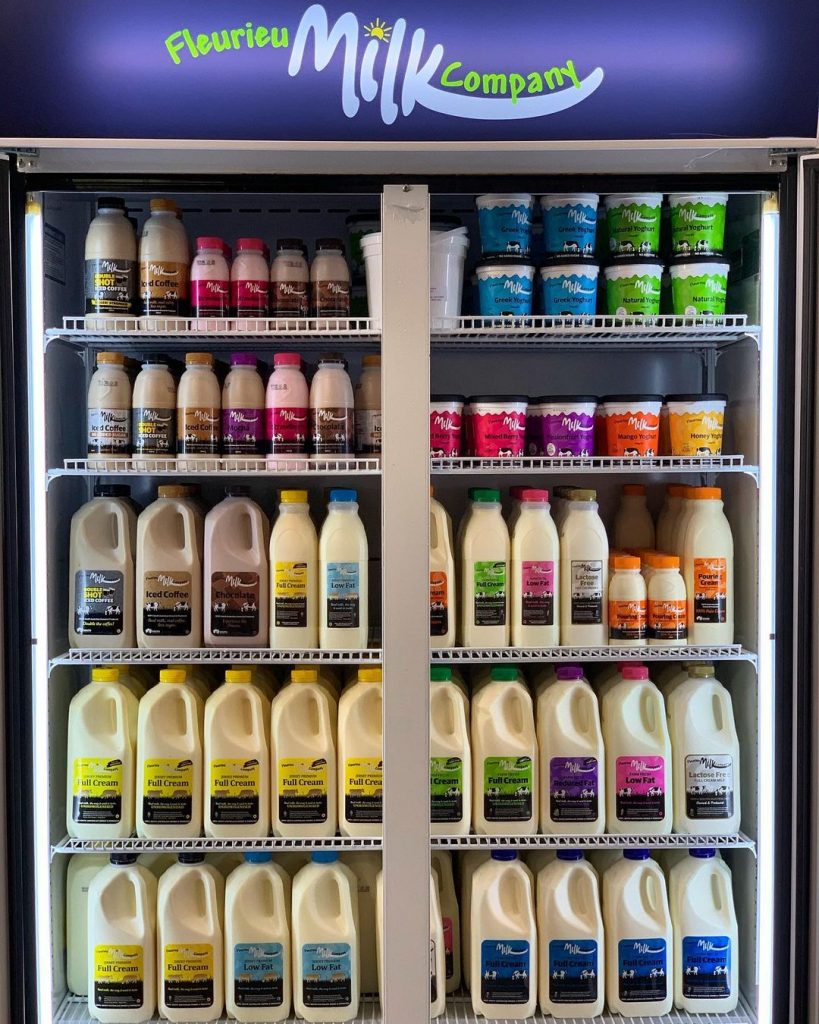 As the team grew, so did the owners’ sense of responsibility for their staff.

“We had to start thinking a bit more about it,” explains Bazz.
“[Up until then] if we made a bad decision it only affected us; if it fell over it fell over, we’d had a shot, and so be it.
“But employing people, you have families depending on you.”

This came to the fore last year, when COVID-19 hit and the cafe and hospitality industry was shuttered almost overnight. At the time, the business was selling about 50 per cent to supermarkets and 50 per cent to the cafe/restaurant market.

“It was fairly doom and gloom,” says Bazz. “We had around 300 phone calls come in from pubs, restaurants and suppliers saying they’re not sure where they stood.
“We were worried about having to make people redundant.”

To make sure this didn’t happen, Fleurieu Milk implemented some agile thinking and a quick change in strategy, deciding to start selling into Woolworths supermarkets.

“We had always said no to Woolworths, but it was a way to keep people employed,” General Manager Nick Hutchinson explains. And speed was of the essence.
“The quickest ever turnaround for a new product at Woolworths was 13 weeks,” Nick says.
“We turned it around in five. And we were in stores Australia-wide in eight.
“There was a lot of late nights and paperwork behind the scenes.”

With their milk now in Woolies, and featuring in Drake’s advertising campaigns shining a light on South Australian produce, sales exploded. Keeping the supermarkets stocked up became the next hurdle.

“We had trucks going to supermarkets at ridiculous times of the day, as many as we possibly could, sales and marketing teams driving trucks and supplying milk,” Nick explains.

Fortunately, the company’s core focus on looking after employees paid them back threefold, with everyone willing to dig deep and support the business at this critical time. The hospitality sector also came back quicker than anyone expected, so what began as a very challenging time became a period of growth for Fleurieu Milk.

In 15 years there have been many highlights. One is Fleurieu Milk’s relationship with the Little Heroes Foundation which supports seriously ill children and their families. Earlier this year, Fleurieu Milk ticked over half a million dollars donated to the foundation.

Another highlight was when Fleurieu Milk was able to bring on its first farmers as suppliers, Steve and Inge Pacitti. There are now nine supplying farmers.

“Every time we bring a new farm; it’s really rewarding and we feel proud that people want to supply us,” Bazz says. 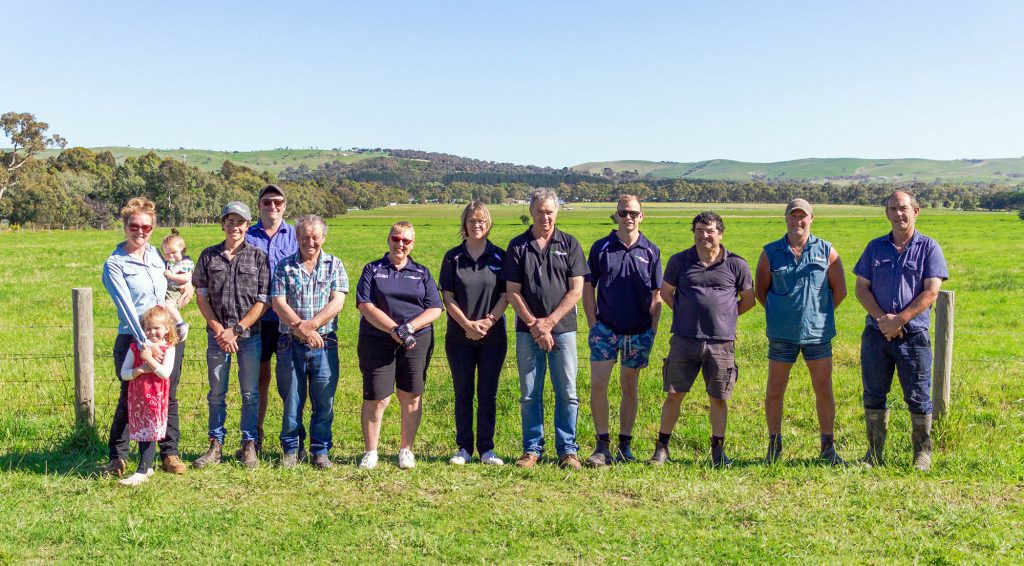 There has been heartbreak, too. The tragic death of Fleurieu Milk delivery driver Brett Pearce in 2014 had a big impact on the Fleurieu Milk family. Brett had a car accident on his way to work, leaving behind his wife and three young children. Fleurieu Milk supported Brett’s family in the aftermath and they still have a strong relationship today.

In 15 years, Fleurieu Milk has grown into a recognisable and sought-after brand, with its bright logos unmistakable. Initially, the humble range included a few different types of creamy white milk. Today, there are more than 50 products in the range, including flavoured milk, cream and yoghurt, in addition to the different styles and sizes of white milk. Fleurieu Milk produces 1 million litres of milk per month, which continues to increase.

Bazz plays down the impact Fleurieu Milk has had on the big dairy companies, but acknowledges they are certainly aware of Fleurieu Milk as a competitor.

“They know they have to look after a farmer a bit more now than they used to otherwise they’ll just leave,” Bazz says.

According to Nick, one of Fleurieu Milk’s biggest impacts has been to bring attention to the need to support local and buy local produce, alongside other local brands such as Beerenberg and Nippys.

A major regional employer with 74 employees, the company’s growth has also been a game changer for people who want to live, work and raise families on the Fleurieu.

“[When the company started] 15 years ago I was just starting my uni degree,” Nick shares.
“Never in my wildest dreams would I have thought I would be working 4km from where I lived at that time in Myponga.
“It’s been a blessing for me on a personal level.”

What’s next for Fleurieu Milk? The company has just spent $5 million on factory upgrades and is working to consolidate what they’ve achieved in the past year, continuing to steadily increase sales. It’s been a busy 12 months but there are new products afoot and the company, under Nick’s leadership, continues to grow and look to the future.

The owners are grateful for the support they’ve received, both from inside and outside the company.

“The Dairy Authority have been good to us, right from the start,” says Bazz.
“We have a team of very dedicated employees who become our friends if not already when they start with us,” Merridie adds.
“We are grateful to all of them as well as our customers for having faith in us and supporting our proudly South Australian company.”
Bazz agrees.

“Thank you to the customers for keeping on buying our product, without that we’ve got nothing.”

Share this post
A woman’s place is in this industry: Celebrating International Women’s Day
Are there robots in Myponga?