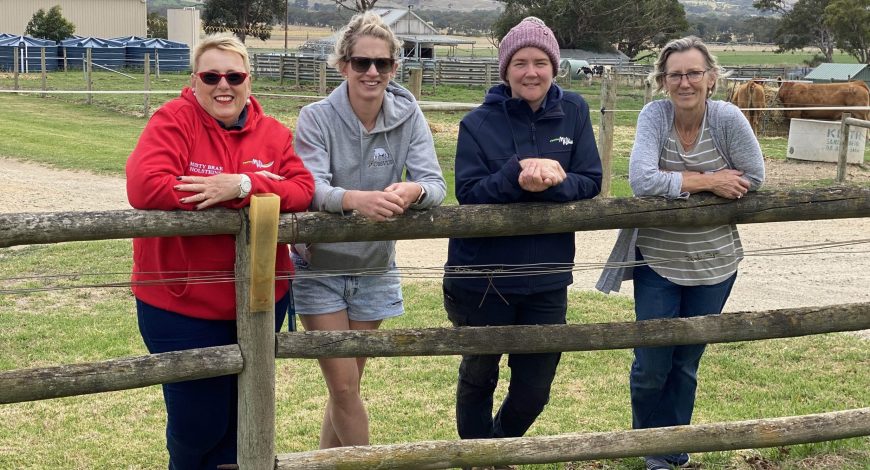 A woman’s place is in this industry: Celebrating International Women’s Day

To celebrate International Women’s Day, we catch up with four Myponga dairy farmers who are suppliers of Fleurieu Milk who you know and love: Samantha Martin of Bengowrie, Bec Walmsley of Windy Vale, Inge Pacitti-Vreeken of Manna Springs and Mandy Pacitti of Misty Brae. 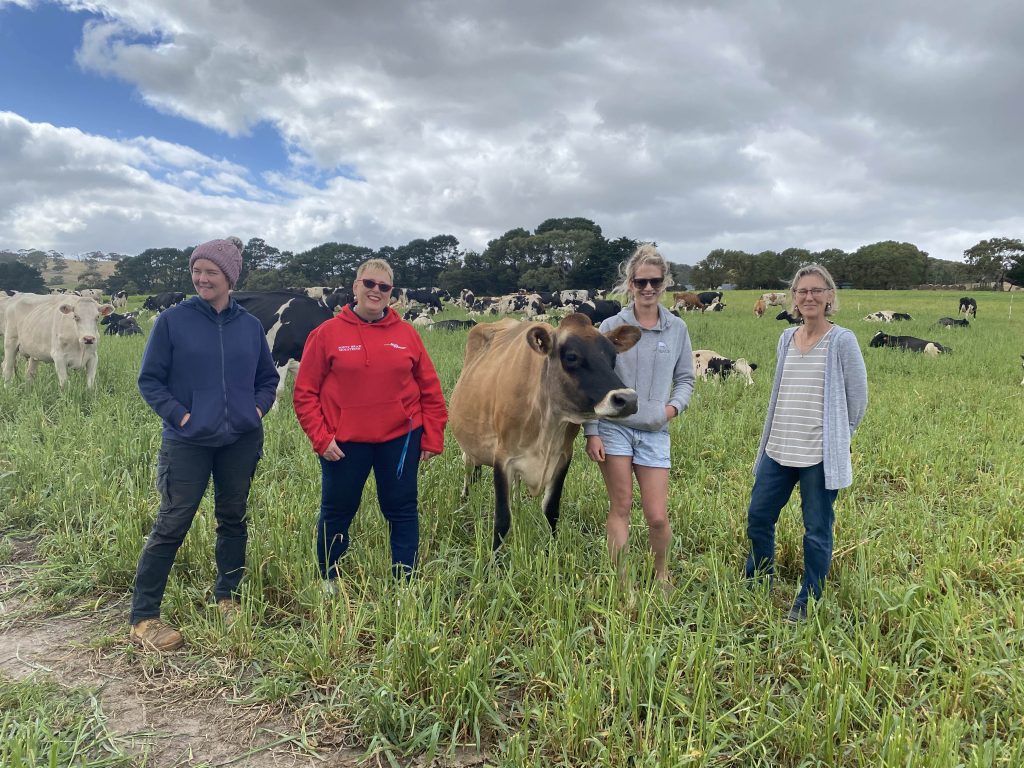 Coaxing the four busy farmers into the paddock for a photo shoot is no easy task. From jobs such as milking, to calf-rearing, to farm finances, to artificial insemination, their to do lists are usually bursting and there are never enough hours in the day.

However, the women enjoy the rare opportunity to catch up with each other. As they chat amongst themselves about on and off-farm happenings, the affection they show for the cows in their midst makes it clear how passionate they are about these beautiful animals that they feel lucky to work with every day. They are also dynamic businesswomen, who are helping to challenge gender stereotypes about farming and pave the way for more women to enter dairy farming.

Of the four women, Samantha is the only one who was brought up around the industry. The fourth generation dairy farmer is proud to be going into her seventh year of dairy farming as her “actual job”. She farms Bengowrie with the support of her husband Ryan, who hails from the UK. “It’s a family business, so I guess it’s in my blood,” she says.

While Samantha fell in love with the job at an early age, the other women fell in love with dairy farmers! Bec and Rob have farmed together for nine years, Inge has farmed alongside Steve for 20 years, and Mandy has been on the farm with Gino for 35 years. While their introduction to dairy farming was through their husbands, Bec has an agriculture degree and some of the women have done training in areas such as accounting and artificial insemination which they say has been invaluable in helping them excel at their roles.

Discussing what makes women great dairy farmers, being able to multi-task is one of the first suggestions. An obvious example of this is their ability to juggle motherhood with their careers. Each of the women are mothers as well as farmers, with their children’s age ranges spanning from around one-year-old to early thirties. The women are adamant it’s a good choice of career for anyone interested in having families.

“Being around my kids whilst also being at work is pretty great,” says Samantha, “Especially now my eldest can come along with me some days.”

What else do women have over the blokes? “More patience!” Bec says wryly.

According to Mandy, “Woman dairy farmers do have a naturally nurturing side which can be beneficial”.

According to Mandy and Inge, cows are said to be more calm when women are milking them.

“I think women make good dairy farmers because of attention to detail a lot of the time,” Bec adds.

One of the best things about dairy farming, the women agree, is living in the country.
“The beautiful scenery we see every day, especially the sunrise,” says Mandy. However, the isolation can also be challenging. 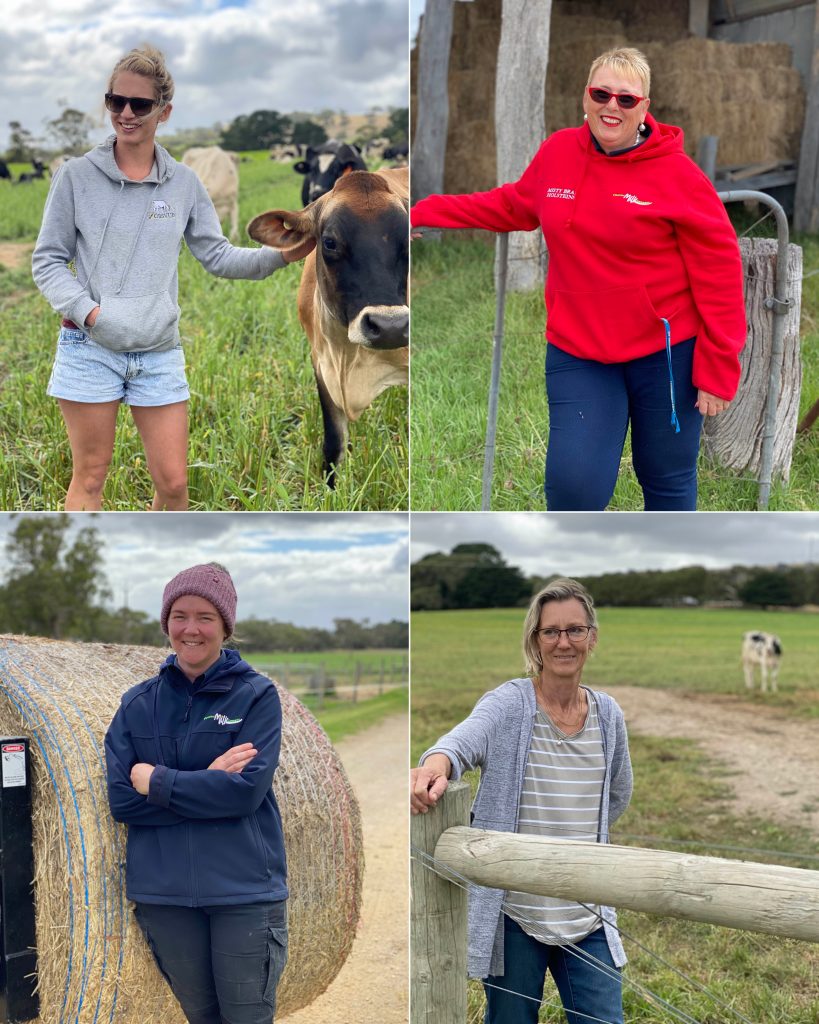 “The worst thing about dairy farming is being stuck at the farm 360 days of the year,” says Inge.

Men having traditionally dominated roles in agriculture, but these women are giving this stereotype a fair shake.

According to Mandy, the opportunities for women in the dairy industry are great, be it at or above the farm gate.

“There are so many possibilities to be involved and make significant contributions to this very dynamic industry,” she says.

“Not many industries give you the opportunity to travel the world to learn, benchmark and share knowledge.”

Bec agrees, and also encourages more women to take on dairy farming as a career.

“It’s a rewarding career whatever you make of it because it’s not just about milking cows; there’s a lot of jobs in the industry that cater for a wide range of people,” she says.

“I’ve worked in animal health and dairy extension as well as being a farmer in my career and loved every bit of it.”