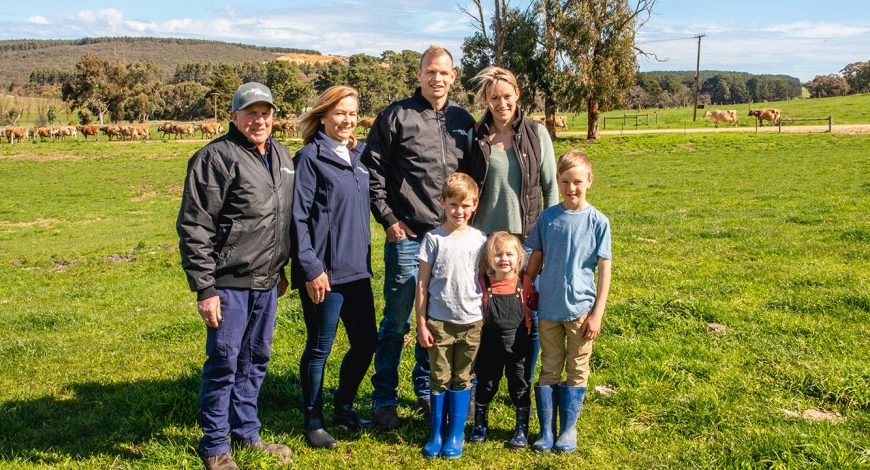 For Fleurieu Milk’s newest supplier Nick Brokenshire, the allure of life on the farm has always been intrinsically linked with family. 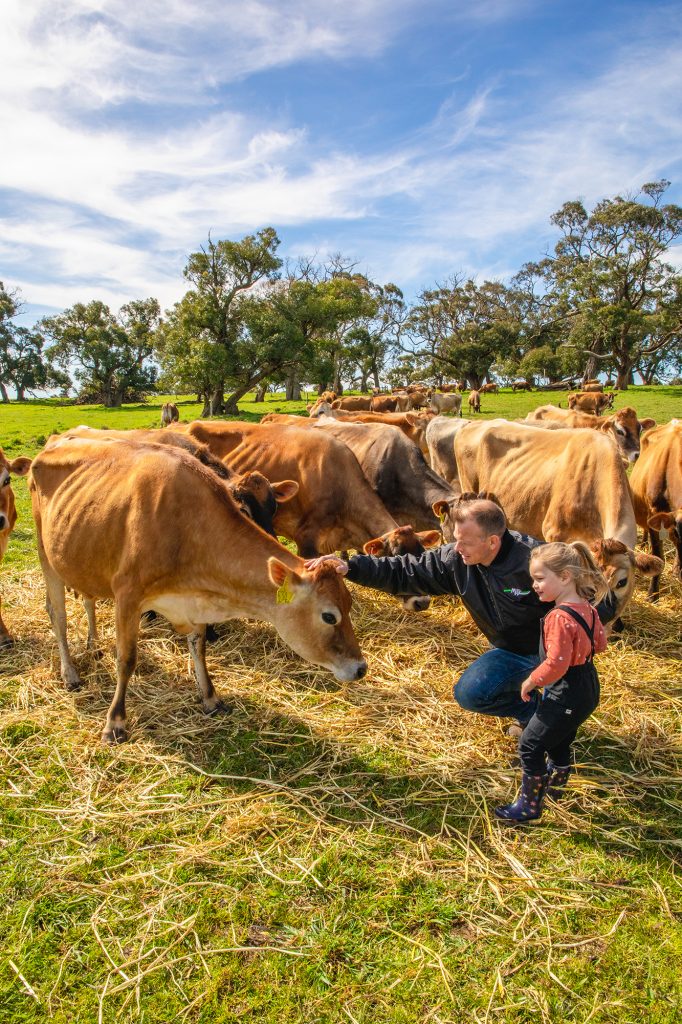 “Obviously no day is typical, but usually we get up and milk the cows nice and early, 1 o’clock in the morning, and we like to be finished by about 6am,” he explains.

“It’s the same in the afternoons, we like to be finished by about 5 o’clock so that we can all spend time with our families.

“During busy times you’re hands on and it’s go, go, go but you can also take your kids out to work and be involved with family life on the farm and be involved in the local community.”

Counting the dairy as his closest neighbour growing up, Nick recalls “getting stuck in the mud, pushing up cows when Mum and Dad were milking… and just generally being amongst it on a day to day basis”. It’s a lifestyle he says doesn’t stray far from that of his own three children today.

In addition to helping out around the Mount Compass property before and after school, Nick spent his teenage years completing a school-based apprenticeship, which allowed him to get back working on the farm during the day.

By the time he graduated in 2005, the fourth generation dairy farmer was firm in his desire to follow in the family tradition, despite watching his parents navigate the dwindling industry throughout the early 2000s.

“There’s definitely been challenging times in dairy, but the industry is looking up,” he says. “I think the public is going back to locally produced, locally owned and traceable [product].

For the last 15 years, this intermingling of work and family life has made for a career forged in strong bonds. In fact, following the recent partnership with Fleurieu Milk, Nick not only counts his parents Robert and Mandy Brokenshire as colleagues but also his Aunt and Uncle, Fleurieu Milk Company co-directors Merridie and Barry Clarke as well. 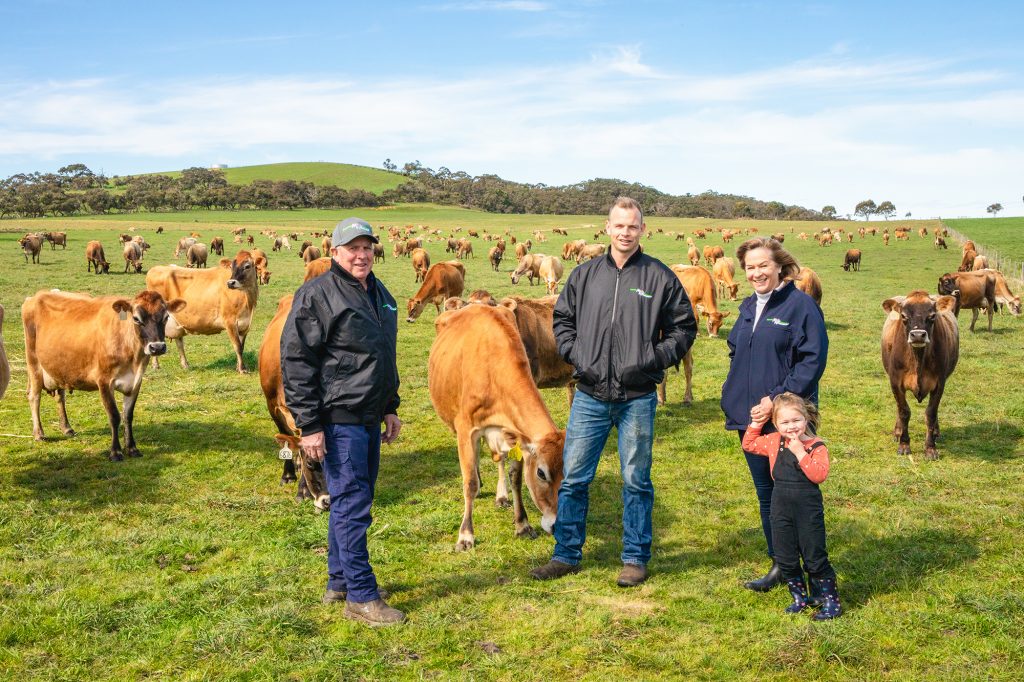 “It’s nice for my grandfather to have both his daughters, sons in law, and grandson to all be involved in and supplying Fleurieu Milk,” says Nick. Nick’s grandfather is Peter Whitford, whose family has farmed Jersey cows in the region since his father purchased Myponga’s Roslyn Vale farm in 1926.

“Obviously if you run the line back to Peter, then you get back to when he was farming the same cows we’re now milking,” explains Nick. Peter’s daughters Mandy and Merridie don’t just take after their father’s penchant for the Fleurieu but also his proclivity for Jersey milk. “Jersey milk is quite rich and creamy with a fat content of 5% or higher and the cream actually rises and sits on top of the milk,” explains Nick.

The new partnership also sees the local factor cranked up a notch and the farm’s Jersey milk making its way into Fleurieu Milk Company’s bottles and yoghurts. 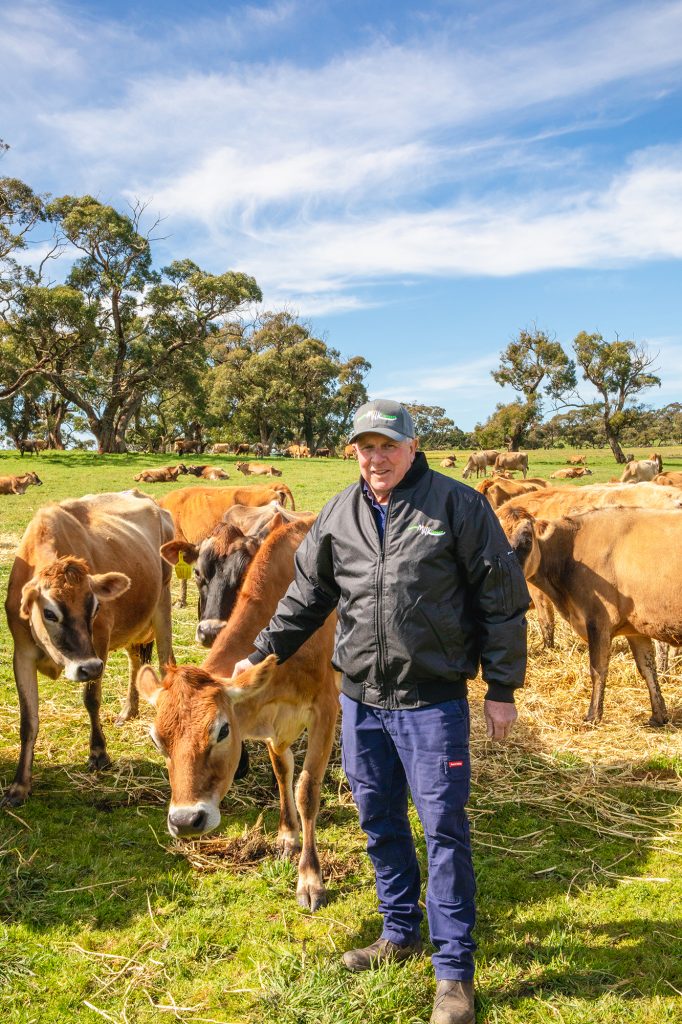 “You know your milk is picked up just after milking, and it’s probably in a bottle within a couple of hours,” says Nick. “We work hard to produce high quality milk and make sure it’s looked after in a way to ensure it gets to the end consumer in the best possible condition.

“It’s a nice thing to know that it’s being processed, handled and managed so quickly.”

Nowadays, the Brokenshires milk 400 Jersey cows on 800 acres of Mount Compass property. But it hasn’t always been such a large-scale production. When Nick’s father first purchased the property about 40 years ago, he began with 150 cows on just a quarter of the acreage.