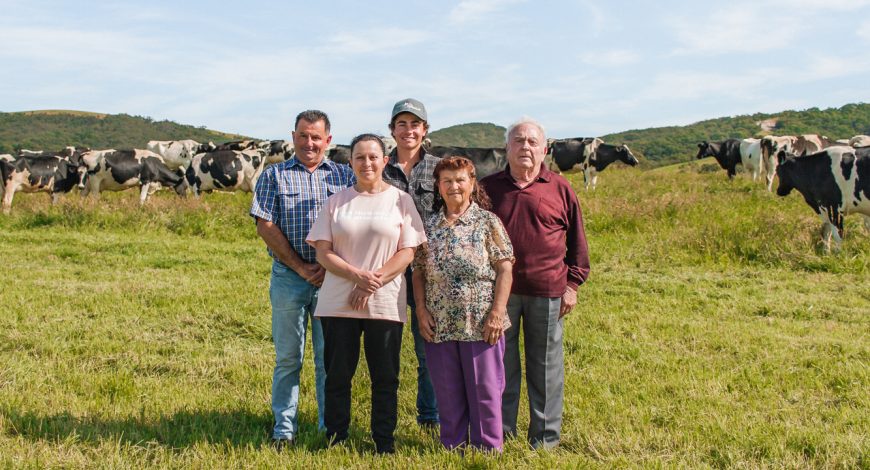 Since Nick Mignanelli could walk, he’s been helping out on the family dairy farm at Hindmarsh Tiers.
“I was always in the dairy from a very young age,” Nick explains. As tends to be the way with dairying families, it was very much all hands on deck for the Mignanelli’s, with Nick remembering being lovingly scolded by mum, Domenica.

“She said, ‘If you are going to stand there and do nothing you might as well put the bloody cups on!’” 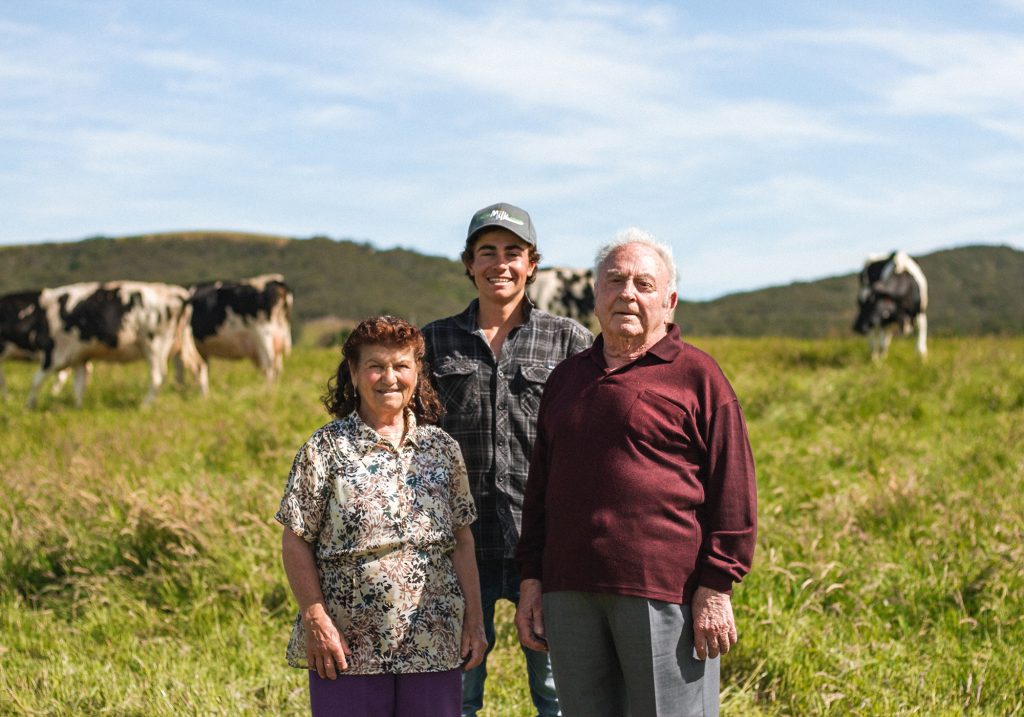 Now aged 19, Nick is proud to be a third generation dairy farmer, as the son of Eddy and Domenica and the grandson of Carmine and Lydia. Carmine was originally in partnership with his two brothers, who came out with their family from Montecasino, Italy, mid last century, to secure a better life in Australia.
“Grandpa came from nothing,” Nick says. The family settled in Hindmarsh Tiers, on the beautiful Fleurieu Peninsula, about 10 kilometres from Victor Harbor on farming land they called ‘Verde Valley’.

The Mignanelli brothers were originally market gardeners, picking peas, potatoes and onions, “working day and night in mud,” Nick explains. Carmine married Nick’s grandmother Lydia, and in the ‘70s, the partnership wound up and they went out on their own.

Making the switch to dairy farming, the Mignanellis originally had some Jerseys as well as Friesians, but found with the poor genetics available at the time, the Jerseys struggled in the “cold and miserable” winters, so they moved solely into Friesians and never looked back.

C&L Mignanelli continued to expand their operations, purchasing land and creating the lasting legacy of the two family properties at Hindmarsh Tiers and Myponga – over 1000 acres combined. The farms are still owned by C&L but Nick manages the Verde Valley property – around 575 acres – with support from his parents, while his Uncle Mike looks after things at Myponga, but they all work together, farming the properties side by side.

There are currently 134 milking cows, but with calves currently on their way, in about a month’s time the Mignanellis will be milking up to 180 cows. 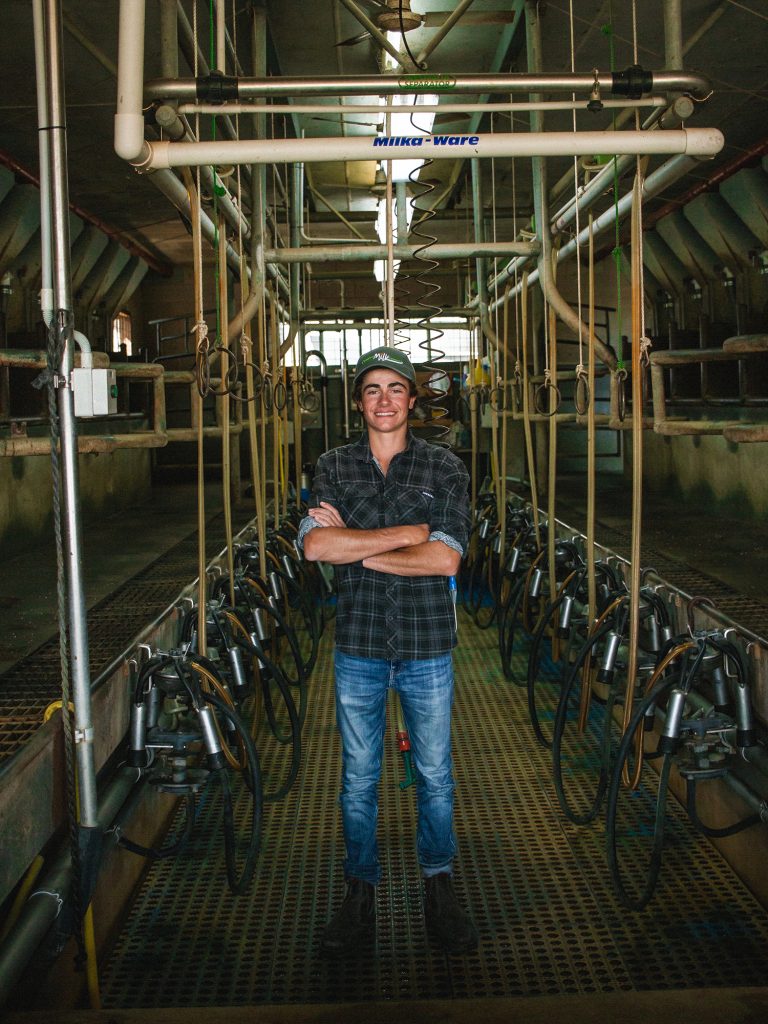 “We’re probably getting between 3,500L-3800L a day,” Nick says. “We will definitely make over a million litres this year.”
It’s not the biggest operation, but it’s just the right size, according to Nick.
“I’m not solely driven by production and money,” he says.
Just as important in Nick’s book are: “Happy, healthy cows; maintaining the land and improving the land”.
“I’d rather have a few less litres and be able to look around and say ‘gee we’re doing a good job of maintaining this block’,” Nick explains. If something’s worth doing it’s worth doing right, is Nick’s philosophy.
“I hate bail twine!” he says. “Every gate has to have a gate latch, every gate needs to be able to swing!”

With a competitive streak, Nick gets a kick out of finding new ways to improve operations, even if it’s just a more efficient way to hose down the yard. Occasionally Nick’s ideas have caused his father and grandfather to shake their heads, but many of the ideas are bearing fruit, or, more aptly, milk.

This Spring, the cows are producing more than 10L average more than they were last Spring. Nick puts the extra litres down to many “one percenters”: from soil testing, to strategic fertiliser application, grazing and cow nutrition and understanding what each cow needs.
“The more you know, the more complicated it gets,” Nick says. Nick credits much of what he knows to various dairying mentors from the district who have shared their knowledge and advice with him over the years.
“It might just be a conversation, but I get so much out of it and really appreciate it,” Nick says.

Over the years, his responsibilities have grown, to the point where he is now taking the lead at the farm with support from his parents, who are still hands-on.
Even Carmine now aged 89, is still involved. In the afternoons you’ll often find Carmine sitting in the dairy, staring at the cows. “Grandpa still gets excited about how much milk each cow can give,” Nick shares.

Nick also has a sense of awe about the creatures he loves to work with. “I know them all, they’re all individuals,” he says. 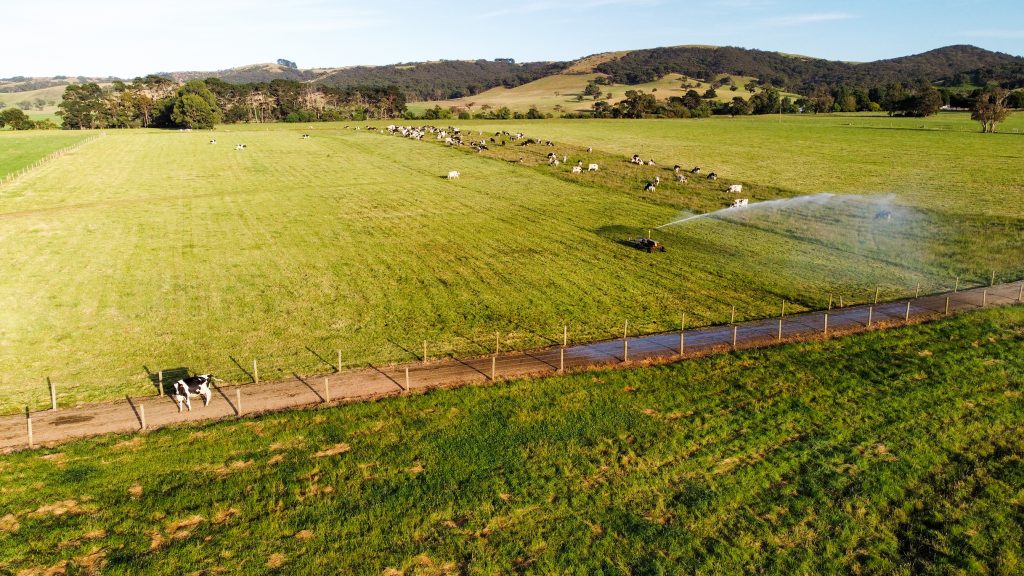 For more than 50 years the Mignanelli’s have supplied Lion, the makers of products such as Farmer’s Union Iced Coffee and Pura Milk. However, they are excited about making the move to Fleurieu Milk Company.
“Being able to supply Fleurieu Milk, that’s a whole other level,” Nick says. “It’s recognisable. “It creates a conversation.”

He also likes the idea of tracing their milk into the products available on local supermarket shelves. “I’m proud as punch to be supplying local,” Nick says.

Speaking to Nick as the state was going into its – thankfully short-lived – lockdown period, it was business as usual for him at Verde Valley. “I work all the time, I don’t have a social life…  I don’t have to look at the [Covid] updates!”

Although, that might soon change, as jovial Nick is hopeful the new Fleurieu Milk deal might even lead him closer to a Mrs Mignanelli.
“I want my picture and quote on one of the bottles one day, that’s one thing I require!” he said, laughing.

“There might be some young and attractive lasses out there interested,” he says. “It’s either that or get me on Farmer Wants A Wife!”

Young ladies could do worse than this friendly young Fleurieu farmer, who gets a buzz out of dairy farming and being his own boss. “You’re not stuck in an office all day,” Nick says.

“Every day is a new day and I wake up at 3.30am every morning excited to see what the day is going to throw at me.